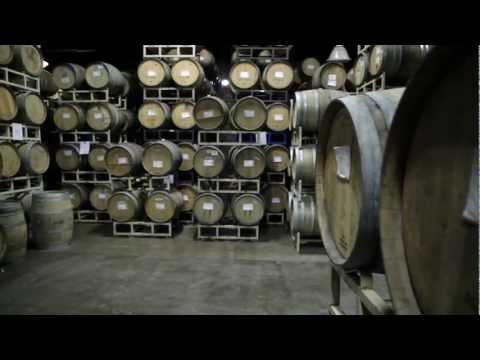 Mark Skala, BeerFX & Chicago Beer Geeks put together a great documentary on FoBAB. If you haven’t seen it already, check it out. You’ll see many of your favorite Chicago beer people interviewed. We’ve been lucky enough to attend FOBAB since 2008 and have recorded an episode at the event every year since 2009. It’s truly an amazing event and if you haven’t experienced it, this documentary will surely get you interested.

In episode 192 of the Hop Cast, Ken Hunnemeder and Brad Chmielewski are at The Tenth Annual Festival of Wood and Barrel Aged Beers. This festival is held once a year and if you’ve seen the last couple years episodes, you know how great it is. This year it was at a new location in Bridgeport and it was a blast. Its always great to see so many friends and to see all the people excited for craft beer. This year Ken and Brad again attended both the day and night sessions, clocking in over 10 hours of drinking. The two of them took a few breaks from sampling these fine beers to talk with some great people like the folks from Solemn Oath, Avery and Pipeworks. They even managed to grab a few minutes with the man behind this festival, Pete Crowley.

FOBAB continues to evolve and get better every year. Hope you enjoyed seeing the coverage from the event and thanks for watching the Hop Cast.

Having issues watching this video? Try the Quicktime (336.0 MB).

Brad Chmielewski and Ken Hunnemeder brave the Chicago winter and head to the roof of Rock Bottom Chicago to drink and dance at the 2nd Annual Polar Beer Festival. With over 30 beers on tap between the roof and in the downstairs warming room, it was was a great festival. It’s great to see so many craft beer fans coming out for a (mostly) outdoor winter beer festival. Brad and Ken had the chance to chat with Rock Bottom Chicago head brewer Chris Rafferty to find out why he chose to do a winter beer festival and what he has planned for the future. They also had a chance to talk with Bolingbrook Gordon Biersch brewer John Wyzkiewicz who had one of Brad and Ken’s favorite beers of the day. For this Fest only being in its second year and being outdoors in the winter, it was an amazing turn out. We definitely can’t wait for next years.

Having issues watching this video? Try the Quicktime (277.8 MB).

This past weekend Brad Chmielewski and Ken Hunnemeder made it out to soldier field for the 2009 Alefest. The festival featured over 150 craft beers from more then 50 beweries. Brad and Ken both had a blast the previous year and this time they wanted to share it with you. Stay tuned the rest of the week for three interviews with some of the brewers at the event.